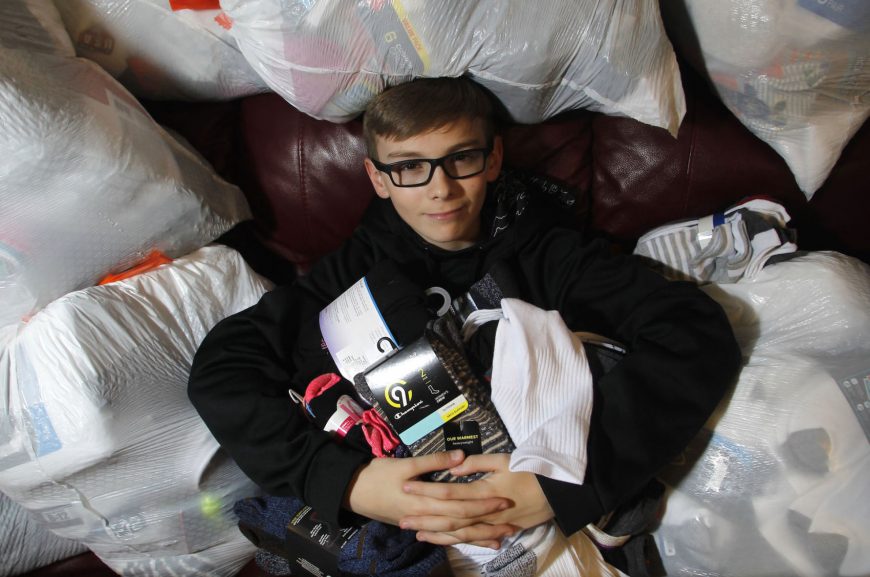 The holidays are a time of giving and a Cheyenne boy is doing just that. Chris Barto says he realizes that making a difference stars with one person. He hope to be that person and to influence others to give.

One thousand, eight hundred and ten pairs of socks. That’s what Chris has collected to give to the homeless.

He explains, “One day we were watching student news and someone said that the most needed thing by homeless people was socks and that really touched me.”

Chris decided all on his that he wanted to help his community, so he began by saving his allowance money for four months to buy socks to donate to the homeless.

Using friends, social media, and even a donation booth with Adopt a Child and Lynn Buys Houses, Chris collected as many socks as he could.

Chris explains, “Community members brought in socks from everywhere to give to me.”

With a goal of giving the homeless seven hundred pairs of socks this year, Chris more than doubled that goal. He hopes his work will inspire others to help the community.