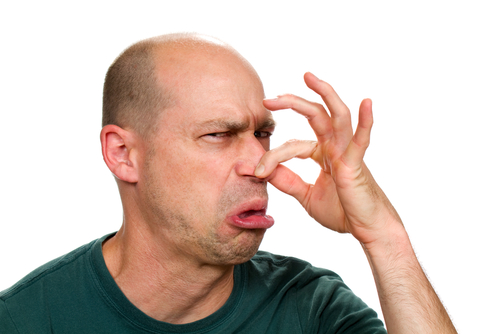 Spirit Airlines flight 779 from LaGuardia to Fort Lauderdale was diverted to Myrtle Beach on Thursday, after passengers were sickened by an odor they say smelled like “dirty socks,” according to WNBC.

The airline said the 220-passenger flight was diverted after an “odor developed in a section of the aircraft.” Some passengers experienced burning throats and chest pains.

“Reports are we have several occupants on a plane exposed to an unknown substance,” Myrtle Beach Fire Rescue was heard saying over a radio on Broadcastify, according to the WNBC report.

Seven to 10 passengers were taken to hospital, fire officials said. Their condition was not immediately clear. Officials were concerned that some sort of chemical was making passengers sick, but nothing unusual was detected aboard the plane.

“After specific monitoring and hazmat crews entering into the fuselage no substances were found,” Myrtle Beach Fire Department Lt. Christian Sliker said. “The plane is all clear.

Photos posted to social media showed passengers waiting on the tarmac at Myrtle Beach for another plane to take them to Florida, according to WNBC. FlightAware reports the flight took off from South Carolina around 3:30 Friday morning and landed safely in Fort Lauderdale around 5 a.m, about five hours after its original scheduled landing.