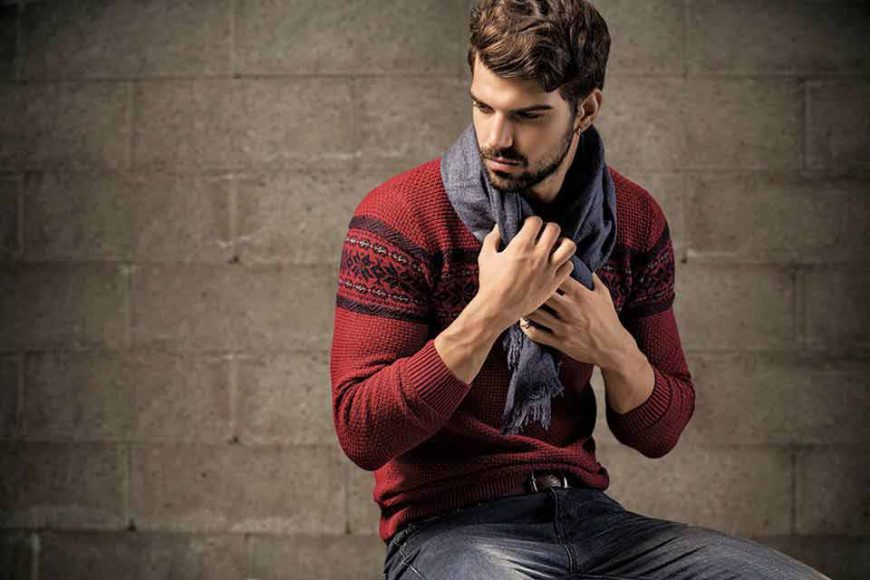 Autumn/Winter 2017 is set to be a big season for menswear, with designers pushing the boat out more than ever. Think oversized trousers and roll necks, pleats, baggy double-breasted suit jackets and splashes of orange amidst earthy hues. Men’s fashion in 2017 just stepped up a notch and we’ve got some seriously good trends for 2017.

While we saw plenty of outerwear and knitwear at the men’s shows, there were standout trends that we don’t often see from season to season. Winter fashion can be tough to get right (although we think it’s much easier than summer fashion) and so we’ve taken the A/W 2017 trends we think are most wearable and come up with this easy guide on how to wear them when the time is right. From corduroy and double-breasted jackets to bursts of orange and muted shades of moss green, this is set to be one of the best seasons yet for menswear. Here’s our pick of the best fashion trends for later on in the year.

Yes, that’s right, corduroy is back. The Seventies have been a major influence for some of the biggest designers (the Nineties have slipped ever so slightly behind for Autumn/Winter 2017) and corduroy is the thing they are pushing most. The easiest way to do it properly, get it right and look good is go full hog. A corduroy suit may seem like a bold look to manage, but if you’re daring enough it can look incredibly good. The season may be autumn and there may be hardly any greenery on the trees and the lawns may be dead, but the designers at Paris Fashion Week, Milan Fashion Week and London Fashion Week Men’s have more than compensated. Moss green was a major trend at the men’s shows across the board, with the likes of Fendi and Valentino paving the way. They used the rich color of foliage across heavy fabrics. 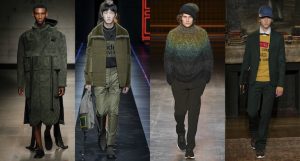 As ever, roll necks are back with a vengeance for the winter months and they were one of the key trends as seen at the Autumn/Winter 2017 menswear shows. What’s changed? They’re bigger and more dramatic than ever, so if you’re looking to make a statement with your knitwear this autumn, look no further. That said, a roll neck doesn’t have to be a bold look and can be easily slipped on under a denim or suit jacket. Winter trends have never looked this good. 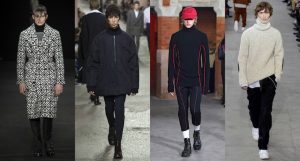 This isn’t a wholly new concept for Autumn/Winter as quilting has been a favorite for quite some time when it comes to the cooler months. Brands like Ralph Lauren have always been quick to put quilting out across their outerwear lines, but now labels like Craig green and Ermenegildo Zegna are following suit. We suggest sticking to outerwear with it if you’re not feeling too brave, but we are seriously digging the quilted jumpers from the likes of Dries Van Noten. 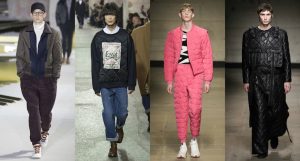 Yes slogans have been on trend for a while now, but never before have they been so emphasised. While the likes of Christopher Shannon and Fendi have been putting out slogans over the past few seasons, but now Valentino, Raf Simons and Dior are getting involved. Slogans are now intrinsically sewn into knitwear, rather than sewn onto, giving them a whole new depth. The slogan should be the statement piece of your outfit, so keep everything else muted and let the words tell the story. 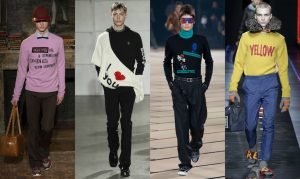 Usually with the autumn months designers tend to mute their tones and go for more earthy shades. For Autumn/Winter 2017 that has been flipped somewhat on its head and orange has been introduced as one of the key colours for the season. Burnt orange and bright orange are leading the way, but pair these with black to avoid mismatching colours and looking a bit on the odd side. 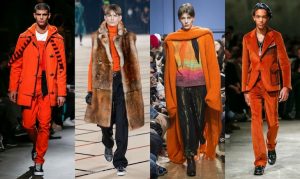