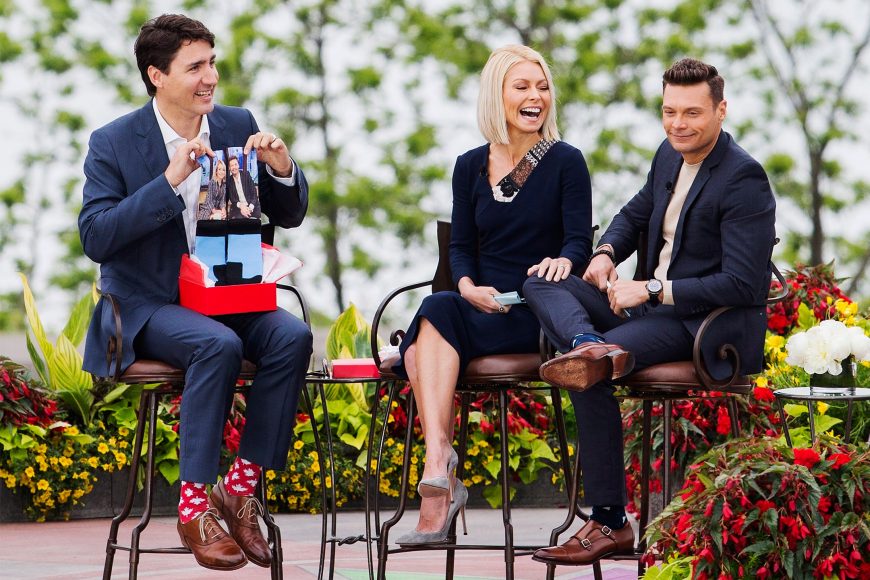 Trudeau is known to make a mark in diplomacy and politics by putting his best foot — along with the most suitable socks — forward. 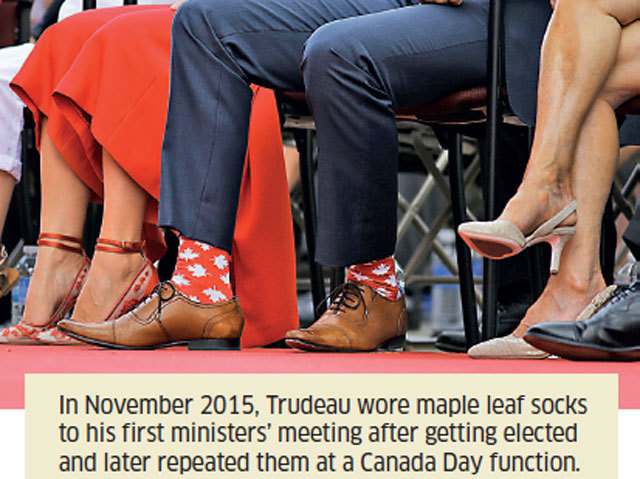 In April 2016, 92-year-old Lillie Stewart of Nova Scotia and a supporter of Trudeau’s Liberal Party, who knits socks for friends and family members, sent him a pair of handmade socks. He sent back a handwritten note of thanks, much to her delight. 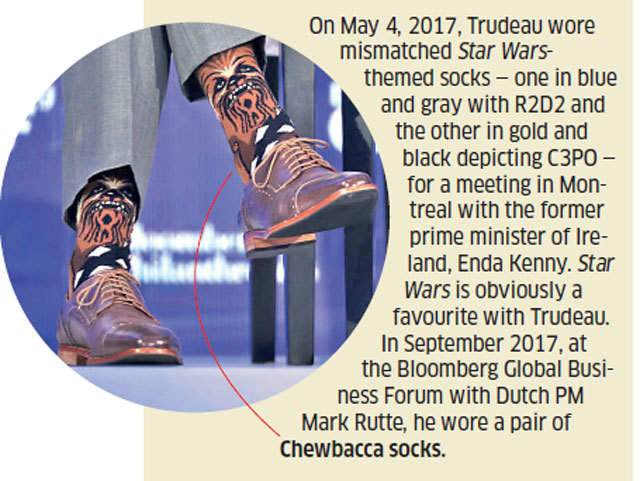 In June 2017, in an episode of an American TV show Live With Kelly and Ryan, which was broadcast from the Niagara Falls, cohosts Kelly Ripa and Ryan Seacrest presented Trudeau with a pair of socks engraved with their own faces. 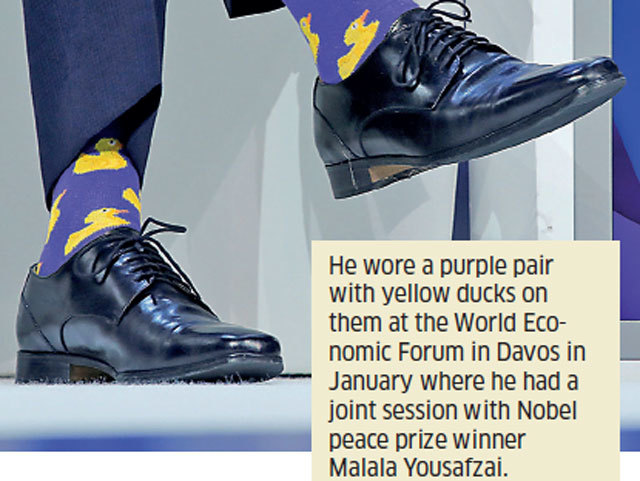