Cool Father’s Day Gift Ideas. What to get for dads in 2021 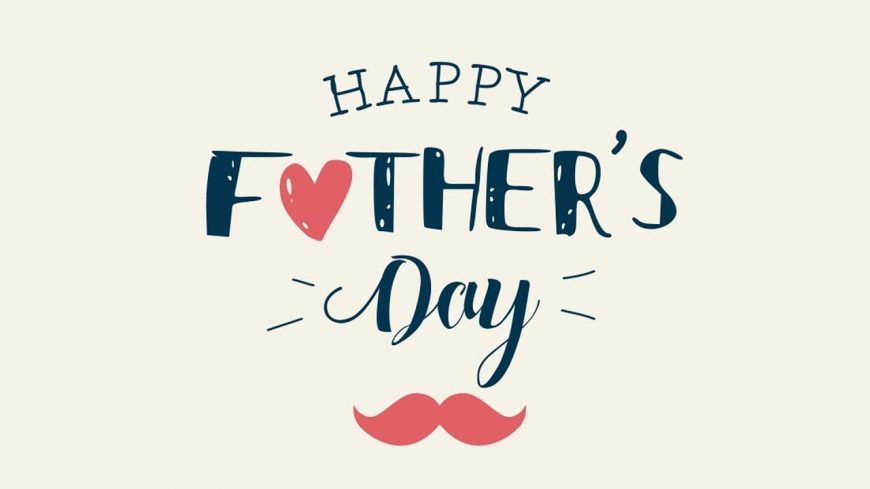 Around the world, Father’s Day is celebrated on different dates, though the day is celebrated in a similar manner, usually involving giving gifts to fathers and family activities.

The most popular date for Father’s Day is the third Sunday in June. This date was first observed in the USA and has since been adopted by many countries. This year, Father’s Day in USA is on Sunday, June 20, 2021.

In Spain, Italy and Portugal, Father’s Day is celebrated on March 19th, which is the Feast of St. Joseph who is the patron saint of fathers.

In Germany, Father’s Day is celebrated on the same date as Ascension Day.

Across Scandinavia, the tradition of a Father’s Day was adopted in the 1930s. Originally the American date was used, but in 1949 the Nordic countries decided to move it to the second Sunday in November. This was partly to place it half a year away from Mother’s Day but also it was chosen to increase sales in an otherwise quiet trading period before Christmas. The only country who didn’t fall in line was Denmark. They forgot to inform the public and press about the date change, so Father’s Day remained on the same day as their other early June holiday, Constitution Day.

In Taiwan, Father’s Day is celebrated on August 8th as the Chinese for eight is ‘ba’, while a colloquial word for father is ‘ba-ba’ – so the eighth day of the eighth month sounds similar to ‘daddy’. This was also the date for Father’s day in China, but the date was moved to the third Sunday in June.

Why is Father’s Day on different dates?

Father’s Day is a day of honoring fatherhood and paternal bonds, as well as the influence of fathers in society. In Catholic countries of Europe, it has been celebrated on March 19 as Saint Joseph’s Day since the Middle Ages. In America, Father’s Day was founded by Sonora Smart Dodd, and celebrated on the third Sunday of June for the first time in 1910. The day is held on various dates across the world and different regions maintain their own traditions of honoring fatherhood.

What is a history of Father’s Day?

In the USA, the first noted Father’s Day celebration was held on July 5th 1908, in Fairmont, West Virginia. It was first celebrated as a church service at Williams Memorial Methodist Episcopal Church South, now known as Central United Methodist Church.

It is said that Grace Golden Clayton suggested the service to the pastor as a memorial after a mine explosion in nearby Monongah had killed 361 men the previous winter. Another explanation for the service was Mothers’ Day, which had been celebrated for the first time two months prior in Grafton, a town that was 15 miles away.

An alternative claim for the inventor of Father’s Day is the president of the Chicago branch of the Lions’ Club, Harry Meek. He is said to have celebrated the first Father’s Day with his organization in 1915; and the day that they chose was the third Sunday in June, which was the closest Sunday to Meek’s birthday.

A key figure in the establishment of Father’s Day was Mrs. Sonora Smart Dodd, whose father, the Civil War veteran William Jackson Smart, as a single parent reared his six children. Mrs. Dodd initially suggested June 5th, the anniversary of her father’s death as a date for Father’s Day. It is claimed she did not provide the organizers with enough time to make the arrangements, and thus the celebration was put back to the third Sunday of June.

The first Father’s Day in June was celebrated on June 19th 1910, in Spokane, WA. In 1924, President Calvin Coolidge recommended the day as a national holiday.

President Lyndon Johnson made Father’s Day a holiday to be celebrated on the third Sunday of June in 1966, though the day was not officially recognized until 1972, during the presidency of Richard Nixon.

Does Father’s Day change every year?

You know what Dad really appreciates on the Father’s day , other than a nice, long nap? When you get him something cool and score a great deal for your dad’s perfect gift.

In a dream world, you’d spare no expense to spoil your dad on Father’s Day. Your bank account balance isn’t exactly in the six digits though. Thankfully, there are still plenty of presents for dad to shop that are within the realm of possibility — and that aren’t the all too predictable tie or set of cuff links retailers will have you think he wants and needs.

The selection we put together below is all under $50. There are some really interesting options out there for dad, many of which we don’t think he actually thinks he wants, but will end up loving. So we’ve come up with a dad-tested and dad-approved list for you. Shop our picks for the best gift ideas for your dad in 2021.

This socks will make your dad excited about the silver nano-technology to keep his feet odorless and happy about adding some funky flavor into his wardrobe. Available at DTMX SOCKS online store.

The “What I Love About Dad” Fill in the Blank Book

It’s a great choice for the kids to give their dad a cute Father’s Day gift, whether it be for his birthday, Christmas, Father’s Day or just general appreciation for him. They’ll be able to fill in the blanks on a variety of different reasons why they love him, like “I love that you taught me to appreciate…” or “You’ll keep ____ forever, won’t you!?” It’s a perfect Father’s Day gifts idea from young daughter and sons.

These Master Class online programs have been blowing up in the past year and it’s such a unique way to give your dad a very unusual Father’s Day present. You can choose to take a variety of classes from pros and experts in a bunch like cooking from Gordon Ramsey, Texas BBQ from Aaron Franklin and more.

It’s not like he’s right most of the time anyway, and he knows that! This funny tee comes in a bunch of different colors like black, navy blue, grey, light blue and more. Browse the Internet to find this funny Father’s Day gift.

The YETI Rambler® family is tough as hell, and will keep your dad’s drinks as cold (or hot) as science allows. With stainless steel construction, double-wall vacuum insulation, and No Sweat™ Design, they’re perfect for on-the-move adventures in the backcountry and long days on the water alike. Plus they’re dishwasher safe. From insulated Bottles and Tumblers to Mugs and Jugs, get the Rambler® Drinkware that suits your next day out.

It’ll hold most standard size cans of beer, soda, or other canned beverages.  It also comes in over 10 different cool color options to choose from. Such a cool dad’s gift for the Father’s Day.

A set of succulents

You can never go wrong with super cool plants!  Plus, they’re almost impossible to kill! A dash of greenery on your dad’s desk will make him happy — make it low-maintenance and nearly impossible to kill, and they’ll be even happier. Choose from single succulents or mini gardens, then customize the rest of the box to create the perfect plant dad’s gift for the Father’s Day.

If your dad loves music, this portable speaker is a must have.  It packs some punch, as it comes with powerful stereo sound and a battery that will last for 20 hours.  If your dad does not have one of these yet (or something similar to it), this a perfect Father’s Day gift.

Every dad can use one of these great flashlights.  Every time your dad needs a light he will be happy he has this high powered flash light.  With five light modes and a rechargeable battery, this flash light will stand the test of time. Give your dad a Father’s Day gift that he didn’t even know he needed.

No one likes a watered-down whiskey and nobody doesn’t like the cool texture of stone bringing their drink to life. Get the best of both worlds with a personalized Father’s Day gift that will rock that whiskey glass and make every sip pure and chilled.  Bringing some chilled earth to the base of your whiskey just feels right. These personalized whiskey stones will be a fixture at the bottom of your whiskey lovers glass.