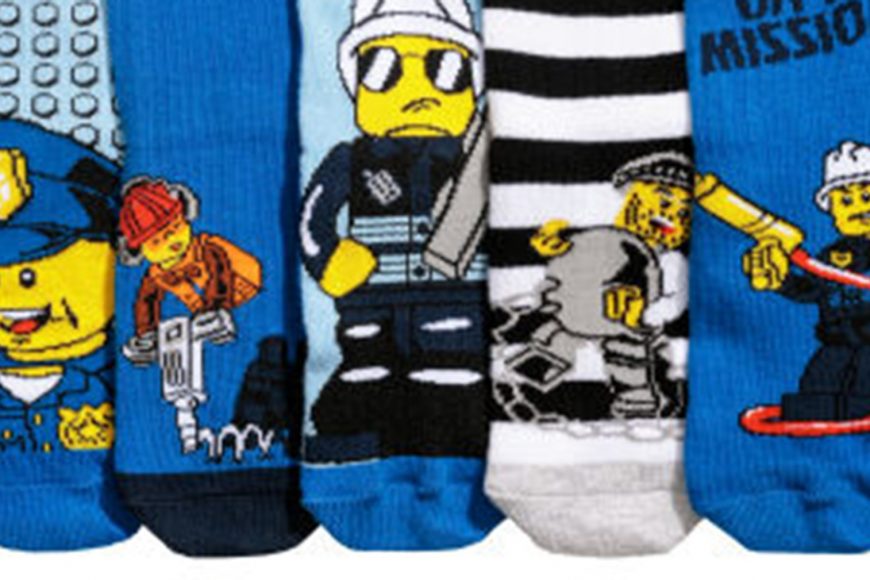 H&M is facing accusations of cultural appropriation again, after producing a pair of socks that many have called out for having the word “Allah” written in Arabic in the pattern. H&M is having a rough go of it when it comes to issues of this kind, as it was only a few weeks ago that the brand was under fire for using an image of a young African-American boy to model a sweatshirt that read “Coolest Monkey in the Jungle.”

This particular pair of socks has images of yellow figurines with jackhammers with squiggles coming out of the ends that shoppers have said look as though they write out Allah. British Vogue published a statement from the company in reaction to the outrage that read, “At H&M we always aim to offer products that we believe our customers will appreciate. The print on this sock represents a Lego figurine, any other meaning is entirely coincidental and we apologize if this motif has offended anyone.”

Many Twitter users have called the brand out, saying it looks too much like the Arabic word to not have been intentional. One writes, “If you ask me it looks intentional [because] the white line is perfectly disconnected when it should have been all in one!” Yet another has asked, “What the hell is wrong with you @hm?!”

The brand has since removed the offending socks from its offerings. That said, will the company ever learn? Whether or not the image was intentional seems irrelevant to the fact that there was no one who noticed the blunder before the item was put into production. Here’s hoping this is the last we will hear when it comes to H&M and cultural appropriation.